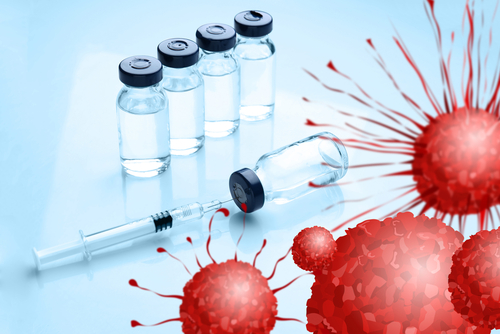 Researchers at the Mayo Clinic developed an algorithm to predict the response of ovarian cancer patients to measles virus therapy, an investigational anti-cancer treatment being developed by the large U.S.-based medical center.

Analyzing the response of human tumors and mouse cancer models, they found a specific pattern of gene activation that is key to determining ovarian and brain cancer response to oncolytic measles virus therapy.

This discovery allowed researchers to create a computational model capable of predicting the treatment’s effectiveness, and which may help pre-select patients to receive the viral therapy alone or in combination with drugs that aid the circumvention of cancer viral resistance.

The findings appeared in the study, “Constitutive Interferon Pathway Activation in Tumors as an Efficacy Determinant Following Oncolytic Virotherapy,” published in the Journal of the National Cancer Institute.

Mayo Clinic is investing in the clinical development of attenuated measles virus as a new therapy against solid tumors and blood cancers.

The virus carries promising properties as an anti-cancer agent, including its selectivity for entering and killing cancer cells, its ability to kill bystander tumor cells adjacent to the virus, and the positive safety profile it has demonstrated in clinical trials.

Recognizing the potential of this new anti-cancer approach, researchers went further to uncover its biological activity and identify why some tumor cells are able to resist the virus.

They saw that a specific group of genes was more active in the resistant tumor cells, which stopped the virus from replicating. This set of genes corresponds to a cellular pathway known as the interferon response (IFN) pathway, a critical route for the immune system response.

Usually, cancer cells are considered defective for such pathways, but as researchers observed, not the viral therapy resistant tumors. These were able to activate the IFN pathway and prevent the measles virus from replicating inside the cancer cells.

Researchers used the identified gene signature to train an algorithm to predict whether a tumor will enable the virus to grow and thus be sensitive or resistant to the therapy.

They confirmed the accuracy of their algorithm in predicting measles virus response on 86 human ovarian and 35 brain tumors transplants in mice (xenografts) and glioblastoma tumors of patients receiving the therapy in a clinical trial (NCT00390299).

Pretreating glioblastoma-resistant tumors with Jakafi increased the growth and spread of measles virus by 1,000 times, leading to the increased death of tumor cells.

“This discovery and algorithm will allow us to personalize cancer treatment by matching the most appropriate patients with oncolytic virus therapies,” Evanthia Galanis, MD, of the Division of Medical Oncology at Mayo Clinic in Rochester, Minnesota, and the senior author of the study, said in a press release.

“We’ll also know which ones can be helped by combining cancer virotherapy with other immune approaches,” she added.